6. In elder days, the million eyes of God looked down on the world, and the people prospered. They gorged themselves on the world's bones and grew tall and mastered the seven profane mechanisms and grew proud. For an age, all was good, but then even the bones of the world were not enough.
7. The people built a tower to the sky, and they pierced the flesh of God, and drained the holy ichor from God's veins. And the people made machines of power fueled by heaven's ichor. And one by one, the million eyes of God grew dim and closed.
8. And then the final eye of God closed, and God died, and the cold darkness came to the world.
—The Testament of the Blinded Angel. Rebirth 1:7–8 (Second Imperial Edition).

Welcome to the Luminant Age

It is the Year of God’s Death 1352, and the four humanities have rebuilt following the Cold Darkness. Out of the ruins and rubble of the Preboreal Age, beneath the starless skies and the triple moon, they have made a new world. Today, celray colossi and cloudblood airships ply the trade routes to the Bolkar Coast and the Western Isles, while senators and ichor-magnates and hierobishops play games of masks and politics. Religious pamphlets and sensationalist broadsheets fly off of crude printing presses, scientists uncover new ruins above and new secrets within, and markets overflow with weird inventions, exotic treasures, and ancient relics. It is the Luminant Age, a new era of hope and possibility, when the four humanities have ceased to creep and crawl and begun to stride and swagger, when anything might happen and something most certainly will. 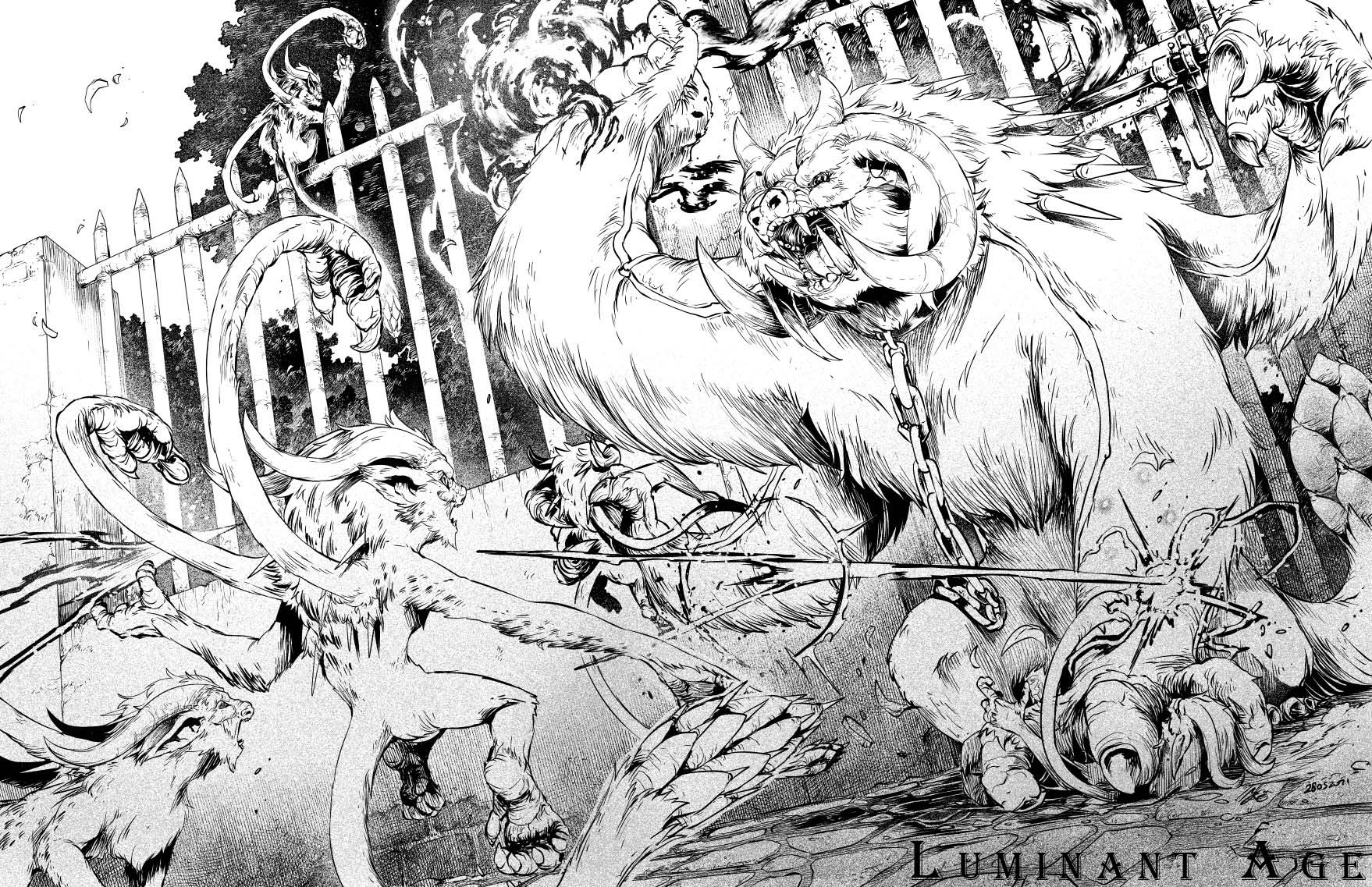 The Luminant Age is a Weird Fantasy/Swashbuckling setting for Pathfinder 2nd Edition, inspired by works such as The Elder Scrolls: Morrowind and Nausicaä of the Valley of the Wind. Players take the role of a motley assortment of rogues, rascals, and miscellaneous misfits bumming around the Republic of Ourichor, a wealthy, sophisticated, and intrigue-raddled city going through a Renaissance/Industrial Revolution that they call the Luminant Age. It’s a city built atop the ruins of a previous age, squeezed into seven metal platforms in the middle of the ocean.

A hundred years ago, Iverin experienced a technological revolution when they rediscovered the art of drilling ichor from the sky. In a matter of decades, factories rumbled to life, airships started to ply the skies, and printing presses crammed new ideas into every head. Fifty years ago, the world experienced a cultural and economic revolution, as mass literacy, mass movement, and mass consumption changed the very face of society. Now, Iverin is on the verge of a religious and political revolution. The old verities of Church and State no longer compel the way they once did, and the people are ready for something else. Player characters who play their cards right might find themselves becoming the Luminant Age’s George Washington or Martin Luther, its Thomas More or Niccolò Machiavelli.

The world will change. The only question is, who changes it? 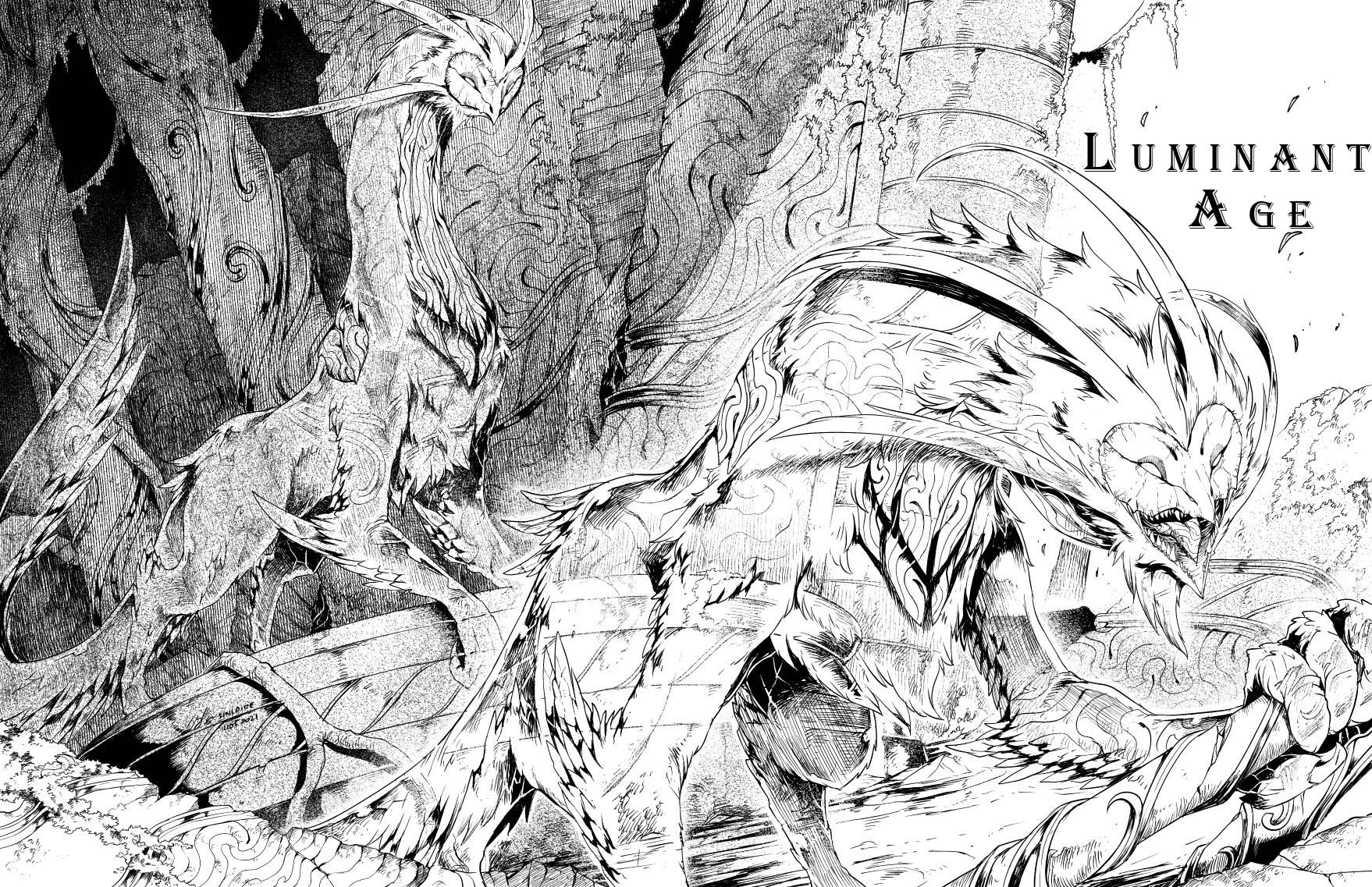 The Luminant Age team consists of three veteran Pathfinder writers. Mikhail Rekun is a Ukrainian-American historian who has worked on Lost Omens: The Mwangi Expanse, Absalom: City of Lost Omens, and the Dark Archive. Isabelle Thorne has been a freelancer since mid-2015 and is best known for the Knights of Lastwall (as per Lost Omens: Knights of Lastwall) and the kytons of the Aethera Campaign Setting. Andrew Mullent is a veteran monster-maker and language guy, and has most recently worked on Lost Omens: Monsters of Myth and is also part of the Dark Archive. You can find us on Twitter at @NeoTiamat, @Kalindlara, and @afmullen respectively.